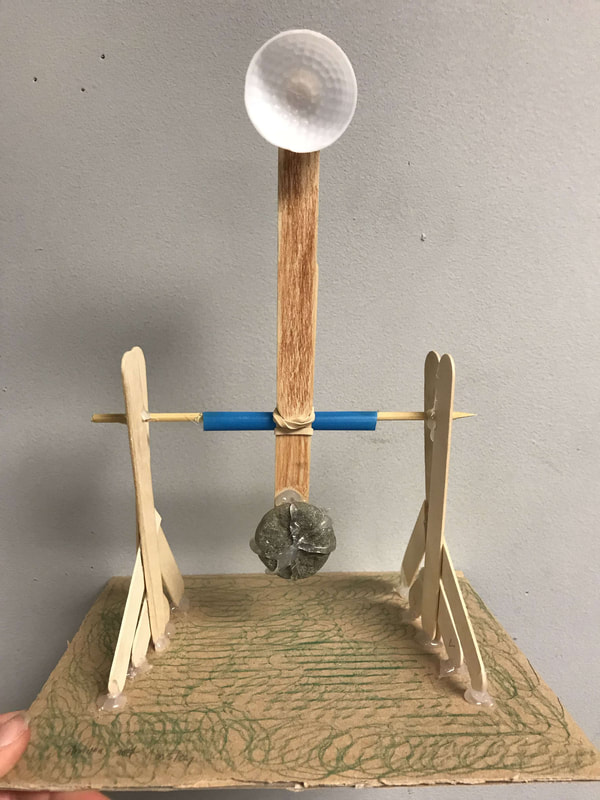 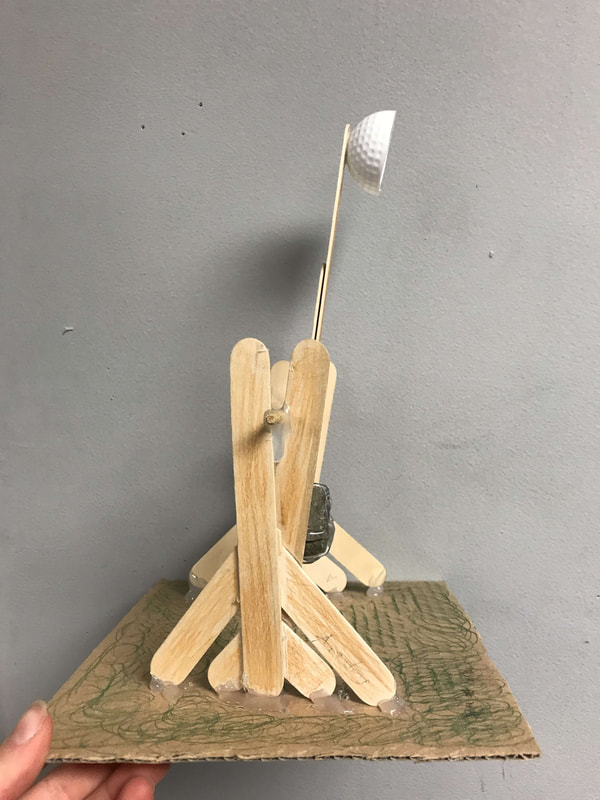 In the beginning of the Rube Goldberg project we first learned about potential, and kinetic energy. After we understood them we started to learn about all of the simple machines that could be used in our Rube Goldberg. For my two steps I knew that I wanted to do something involving an inclined plane so I could use dominoes for my step. Another simple machine that occurred many times was a wheel and axle, this was mostly in the form of a ball rolling down the inclined plane to knock over dominoes or to release tension on a string in order to let our final step apply the band aid to our broken egg. This was Newton's first laws of inertia which was an object in motion stays in motion or and object at rest stays at rest unless acted upon by an outside force. Potential energy occurred a lot in our rube. Kinetic energy was used throuhgt the whole thin to activate all  of the next steps
If there happened to be a Rube Goldberg that dropped a 7.0 gram ball 50 centimeters down into a small bucket on a pl=pulley system, I would begin by first starting to convert the mass to kilograms, than the height from centimeters to meters. After that I would use my information to put it all into an equation and solve it. Here is my work,

When we first started to build our three step Rube Goldberg we had only two simple machines but needed three, we went through about three versions. We started by drawing out what we wanted to do it had three very simple steps using a teeter totter like piece of wood that then would go up releasing a ball on a string with a nail to pop a balloon. In the beginning of the building and planning process our group didn't really have a plan for what we wanted to do so we all scattered to do our own thing. I realized I could solve this by using communication. The idea of what I wanted to do for my steps in the beginning was much different than what I really ended up with. Our rube was much different than what other groups decided to do and this is one of the reasons that our rube didn't work as well as it could have. I feel like If our group had ended up communicating more we could have made a functioning rube that didn't need as much assistance but this is something that I did use a lot in the project.