Over the course of the first semester of our senior year in our humanities class we deeply studied justice to create our own definition of the topic, what it means and how it affects us personally and the others around us. We were required to display our personal justices in our projects which was difficult for me to a certain extent to define the word when there were so many different sides to when it's used. We went further into the subtopics of the idea and how ethnic injustice has occurred along with environmental injustice by looking into things like the Dakota Access pipeline and the Bears Ears National Monument topic that we had a debate about. We wrote Justice monologues and integrated our own beliefs on environmental justice. For our final project we chose an injustice and turned it into a tangible product.

The human race has been taking from mother earth from the first day it was able to benefit us, since then we have been continuing the same toxic habits without putting anything back in. The land we live on belongs to all who choose to cherish it, and somehow over years of greed the world is nothing more than something to take from. The United States alone has $86 billion in oil debt with another $123 billion predicted in the next 24 years. This is not to say that the production of energy is not helpful providing light heat, and millions of jobs, but it is counter productive to be harming the very planet we live on. A really good example of this  issue is Cancer Alley, Louisiana, an area in the southeastern portion of louisiana with over 140 chemical factories and oil refineries. “She’s not even close. There are now 30 large petrochemical plants within 10 miles of her house, most of them outside the city limits. Thirteen are within a 3-mile radius of her home,” says Tristan Baurack from Propublica interviewing a woman living in cancer alley. We see so many environmental injustices affecting the entire population, however many of them are targeted towards poor and ethnic communities. “She describes how the rich, fertile soil along the river made for great farming 50 years ago...it was wonderful back then - beautiful land and everything nice. My daddy grew all of our vegetables and fruits.” States Sharron Lavigne, a woman who grew up and lives in cancer alley along with losing her husband due to health issues. So many resources are drained annually we have a date for when the earth physically has nothing to give back and we have fully exhausted our resources. Even with the pandemic the date was pushed back three weeks. We have reached the point of global warming where if we dont dont change our habits drastically the environment will not be able to recover. “We have been living a myth. We have constructed a dream. We have cajoled and seduced ourselves into believing we are the center of all things; with plants and other sentient beings...remaining subservient to our whims, desires, and needs. This is a lethal lie that will be seen by future generations as a grave, a grave moral sin committed and buried in the name of ignorance and arrogance.” Says Terry Tempest Williams, displaying the selfish nature many humans are default set to. We treat the earth as if we have some other option for when we fully exhaust it but instead we need to actually change our ways of giving to benefit every being on the planet.
​ 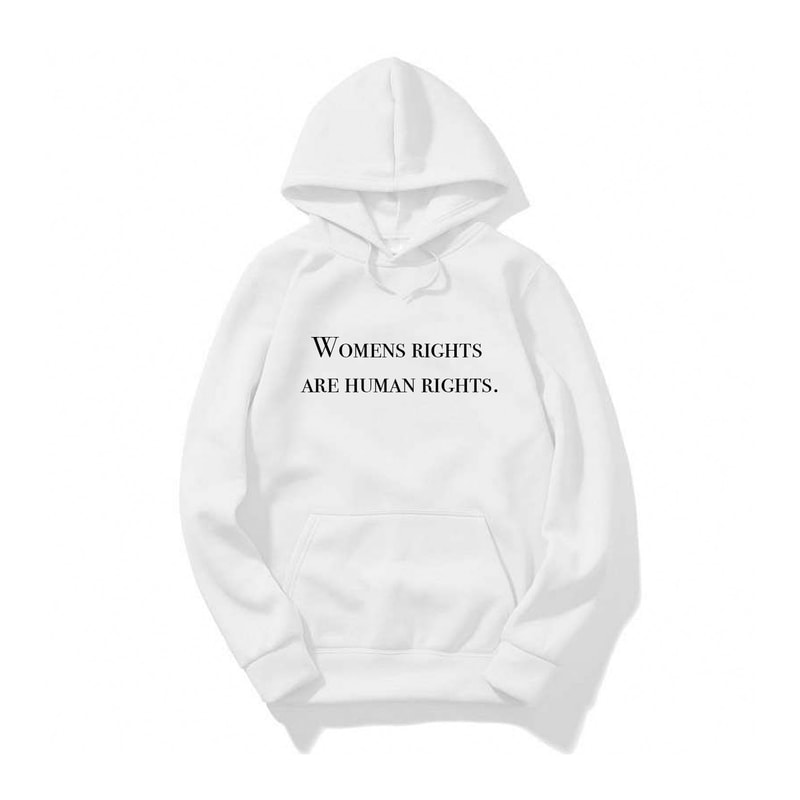 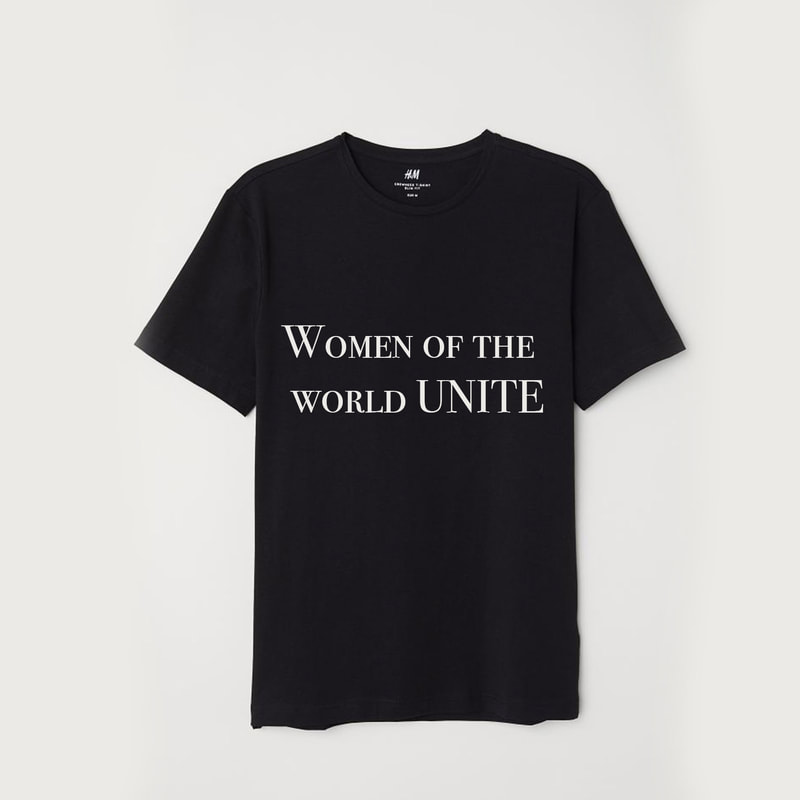 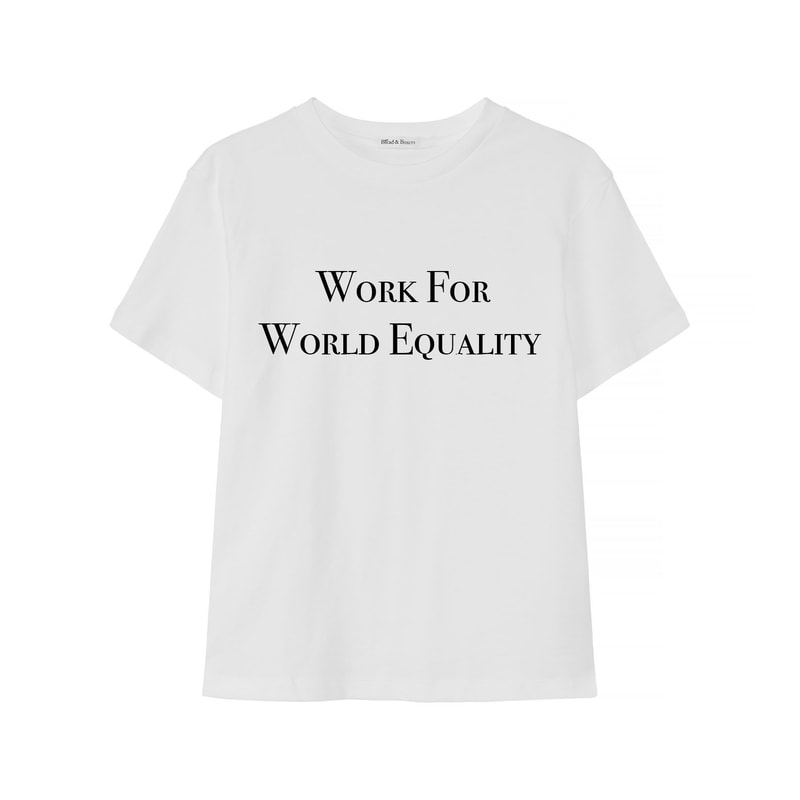 Project Defense:
What did you end up doing for your project?
For our project our group designed t-shirts advocating for and representing womens justice. Our group as a whole researched and learned more about the issues affecting us, personally through the project I did separate research, worked on making designs, collaborating with other groups. There were many groups making shirts however we were the three focusing on women's justice. We all collaborated throughout the project but I mostly did separate research about the topic as a whole and some of the history behind it. The actual product of our project was shirts but we did not have the funding for this so my group and I decided to draw what the shirts would look like. After this I looked further into it and looked at women's protests. I liked the signs and things they fight for so I took some of my favorite sayings that I found and put them on shirts on photoshop to see a more realistic representation of what the product would look like.


How did your project reflect your personal philosophy of justice?
I think the project displayed my personal philosophy because as a woman obviously the injustice we experience is affecting me even if it isn't direct. I was really passionate about how we were displaying our injustice because I think the shirts are an easier way of getting the information out there because it's something more accessible to people, it's a simple way to display a needed and powerful message.  One idea that really stuck out to me were the environmental ethics we studied, putting back in what we take, performing actions for the greatest good, ect…. Another idea that reminded me of this was the idea of a veil of ignorance, ignoring all personal bias and approaching it with equality. I would like to see more resources and functions for womens justice and rights, and want to continue to do research to make this happen. Unfortunately the shirts were never made, we had sketches and ideas yet were neer able to make the tangible product which is sad to see.
​
3. Did you do sufficient research and background work to pull off your project, take an informed stance or succeed in your endeavors? Explain!
At the beginning of the project I did a lot of research on women's rights and injustice. It is something I am passionate about so I wanted to educate myself more about the topic because it is something that daily affects men and women all over. Most of my research was focused on abortion rights, birth control, and wage gap.

In what ways were you successful in meeting the goals you established in your project proposal? What contributed to your successes?
Our group was successful with educating ourselves about this issue and finding a way to put it out into the public. I created a version of what the shirts would look like even though they weren't able to get printed. I really like this idea and graphic design is something I'm getting more interested in so I want to keep working on this and doing more. I didn't do a big action project for the final product but I am passionate about making clothing especially about issues like this so I want to continue to make things like the final outcome.


In what way were you unsuccessful in meeting the goals you established in your proposal? What contributed to your failures? What did you do to try to overcome the obstacles? What should you have done differently?
I wish that I could have done more with the project however, I understand that designing t shirts for womens rights isn't something super big that will fully impact the community (also with covid), but it is what is accessible and possible for us, In the future like I said I would like to do more with the issue but for now this is what is possible I think our group was successful in collaborating and communicating, this made it a lot easier to talk about our ideas and visions of the project. One unsuccessful portion of the project was I wanted to get an interview with someone working at the women's shelter, however with the two weeks for the project the group felt stressed to add this in, next time I would incorporate the research we had with some personal experience. I also would have actually liked to have made the shirts however there just was not enough time, making the shirts would have been difficult also finding the funding to even make them.To be honest the project was a little difficult for me to do all at home, that made the motivation aspect harder, however being with people I knew as I said earlier made it easier to communicate.


To what extent did you SHOW UP for this project? How engaged/committed/involved were you in the work? How much did you strive to create beautiful work worth doing? To what extent were you accountable to yourself and others if relevant?
I didn't show up for this project as much as I do with previous ones. This semester has been stressful so I didn't feel like I could take on as much. I liked that I was still able to use art in the project though even if it wasn't that much. The research alone was also interesting and I liked learning about how my rights are affected daily. I was disappointed that the shirts didnt get printed but I just didn't really know how to get the finding for them and also distribute them into the public especially with Covid.

What TWO key lessons did you learn from this project that you can apply to your senior project? Think about how a senior project involves choosing a project you’re passionate about that is viable in the time provided,  completing multiple steps over the course of a semester, potentially collaborating with other organizations or people, fundraising, spreading the word, and so much more! The Justice Project was like practice for the big game, rehearsal for the broadway show, an appetizer to the 5-course meal!
One key lesson I can learn from this project is to collaborate with people more, though I did this project with people I know it could be hard to talk about it, however we were all very interested in the idea. For my senior project I know there are other people doing research questions similar to mine so I hope to collaborate with them more to talk about ideas and what we are doing for our projects. I also learned I want to be better with my time management and how I organize myself with the work I am doing. I think It would be very beneficial for me to have a schedule to work off of so I have a guide for what I should be doing and how I should be spending my project work time.